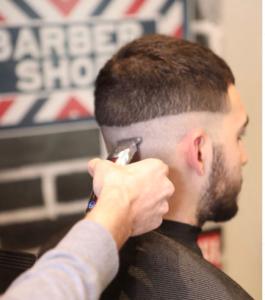 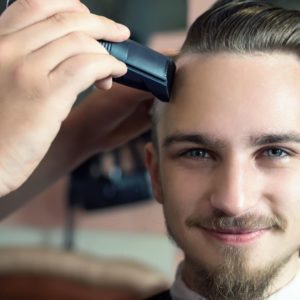 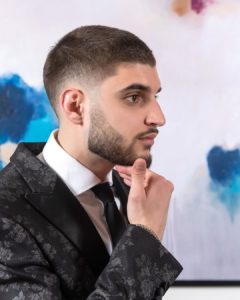 Such a familiar haircut that we almost forget that this ubiquitously short cut has a rich history as well as an interesting future.

What exactly is a buzz cut?

The buzz cut is a basic term used to describe a short hairstyle created by electric clippers. Buzz cuts became popular with the invention of manual hair clippers by Serbian inventor Nikola Bizumić in the late 19th century.

What are the different types of buzz cuts?

It may seem like there’s one kind of buzz cut (short!) but there is actually a variety of styles, including the butch cut, crew cut, flattop and ivy league.

The top of a buzz cut can be clipped the same length as the rest of the head (the butch cut). When clipped another length or shape, the crew cut or flattop is created.

The sides and back of the buzz cut are either tapered short, semi-short or medium.

Does the buzz cut suit any face?

But let’s say you feel you face is too long. A buzz cut may make your face appear even longer.

Why is the buzz cut associated with the military?

Military recruits from several countries (including Australia, China, Russia and the United States) are given a buzz cut when they enter, for several practical reasons, such as convenience (quick, easy haircut), safety and prevent the spread of lice (!).

Why are buzz cuts popular?

Buzz cuts are easy to maintain and look good on the right person. Men who are balding may also opt for a buzz cut because it makes a receding hairline look less pronounced.

What hair products should I use if I have a buzz cut?

Most people think they can forego product once “buzzed.” But the truth is, a buzz cut looks better with a little product. Without it, the hair can seem too baby fine, soft and lacking in definition.

A light hair creme for men or pomade are two good choices. Just a touch, rubbed into the palm of your hands first, then applied throughout the hair.

Another perk of the buzz cut?

Buzz cuts tend to be one of the cheapest, easiest and quickest cuts. You could just as easily go to your local Montreal barbershop for a decent buzz cut (as opposed to an expensive salon).

To this day, my haircut is the number two clippers, which I apply to myself every month. ~ Henry Rollins

Beauty Products for Women and Men